This afternoon, Monday Jan 27th, at  about 11AM as I am sitting in my hotel room post grammy experience day 1, I get a Facebook message from my friend Noel in Ireland:  “Grammy awards are on Irish telly now !!!!! We will b keepin an eye out for u !!!”

I’m glad everyone in Ireland got to witness this historical music event. I’m ecstatic that I was invited to go this year.  We started the day meeting up with another set of  annual Grammy attendees for some lunch then off to the Pre-Show at the Nokia Center. It was casual but some big artists there too and hosted by Cyndi Lauper who did a fantastic job. Then after those awards, we went through a special entrance to the Staples Center where we were seated for the 5PM Live Telecast.  The seats were amazing. Row 13 and section 112 right by the stage. Seeing this event live makes you truly appreciate what goes into making such an event

happen. While a performer is on one side of the stage, prop guys and art department are literally building a set from the ground up on the other side of the stage virtually in minutes. This years event was star studded and historic with Paul McCartney, Ringo Star, Stevie  Wonder, Carol King, Lindsay Buckingham all present and performing. LL Cool J did an amazing job as host,  and there was not a bad or even mediocre performance, everyone was energizing, spot on and truly AMAZING!! It was a juxtaposed  feeling of surreal and yet seemingly natural to be there all at the same time.

(And yes, as I am writing, I’m once again brought back to experience each moment watching snippets of my own video clips once again re-living the night while sitting in my girly grammy t-shirt that came with the ticket.)

After a change of clothes for the after party which was a bit surreal, animated, full of acrobatic performers, and dazzling lights, nothing spared and you could want for nothing here.  There was gourmet food and drinks, performers and MUSIC!! I opted to stay in the main room vs. the JAZZ room. The jazz room featured a performance by Big Bad Voodoo Daddys and the main room  featured a former Grammy artist named Ciara who was tremendous and YAY!!!! BOYZ II MEN!!!! I got right  in front for that one. It was the highlight of my night, and I only made a few people mad squishing my way to the front. I got to shake their hand, and play with balloons that fell out of the ceiling at

the end of the show. I felt like a little kid again. Funny enough, I had JUST gotten done speaking with the guitar player in Boyz II Men maybe 20 minutes before the show about the younger generation, vinyl records, 8-tracks and having a bit of a laugh. Of course it was a fluke how we crossed paths to even get into that conversation and I didn’t know he was their guitar player, although I had a feeling. I wanted to ask him if he was going to play with Boyz II Men because I just felt that vibe. But of course I didn’t, and sure enough, there he was, up on stage with them. What a performance and a super great musician this guy was. But you would expect no less from such a superb group who has stood the test of time.

“Boyz II Men were the complete highlight of the Grammy after party and super charged the end of a great night. They engaged the audience with a flawless performance and had amazing musicians in the band. Felt like a kid again playing with balloons that fell from the ceiling after the show. The guitar player was a kindred spirit that I was lucky enough to cross paths with, if only for a moment in time… a great musician, great band, outstanding performance.” – Gina Dagostino on Grammy.com

Even the Gramm’y are going to make the news in Ireland. I shall be in attendance this year. Check out the shenanigans on twitter @ginadag, on my blog, irishchatroom.net and my FB ”LIKE” page : Facebook.com/ginadagostinoinireland 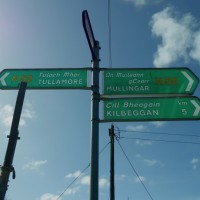 Leadership, product management, and other pursuits